I came across Du Bose Heyward's "The Country Bunny and the Little Gold Shoes" (1939) while thrifting in Utah over Christmas. I'm used to finding vintage books with beautiful illustrations, but this one was especially delightful because of its unexpectedly feminist message.

The story follows the life of a little country bunny with the big ambition of someday being an Easter Bunny-- in this story there are five Easter Bunnies, and "they must be the five kindest, and swiftest, and wisest bunnies in the whole wide world" (and they are all also dudes). Although the Country Bunny puts her dream on the back burner as she grows up and raises a family, she eventually gets her chance to show that pesky patriarchal cunicular society what she's made of.

One day a little country girl bunny with a brown skin and a little cotton-ball of a tail said, "Some day I shall grow up to be the Easter Bunny: you wait and see!" Then all of the big white bunnies who lived in fine houses, and the Jack Rabbits with long legs who can run fast, laughed at the little Cottontail and told her to go back to the country and eat a carrot. But she said, "Wait and see!" 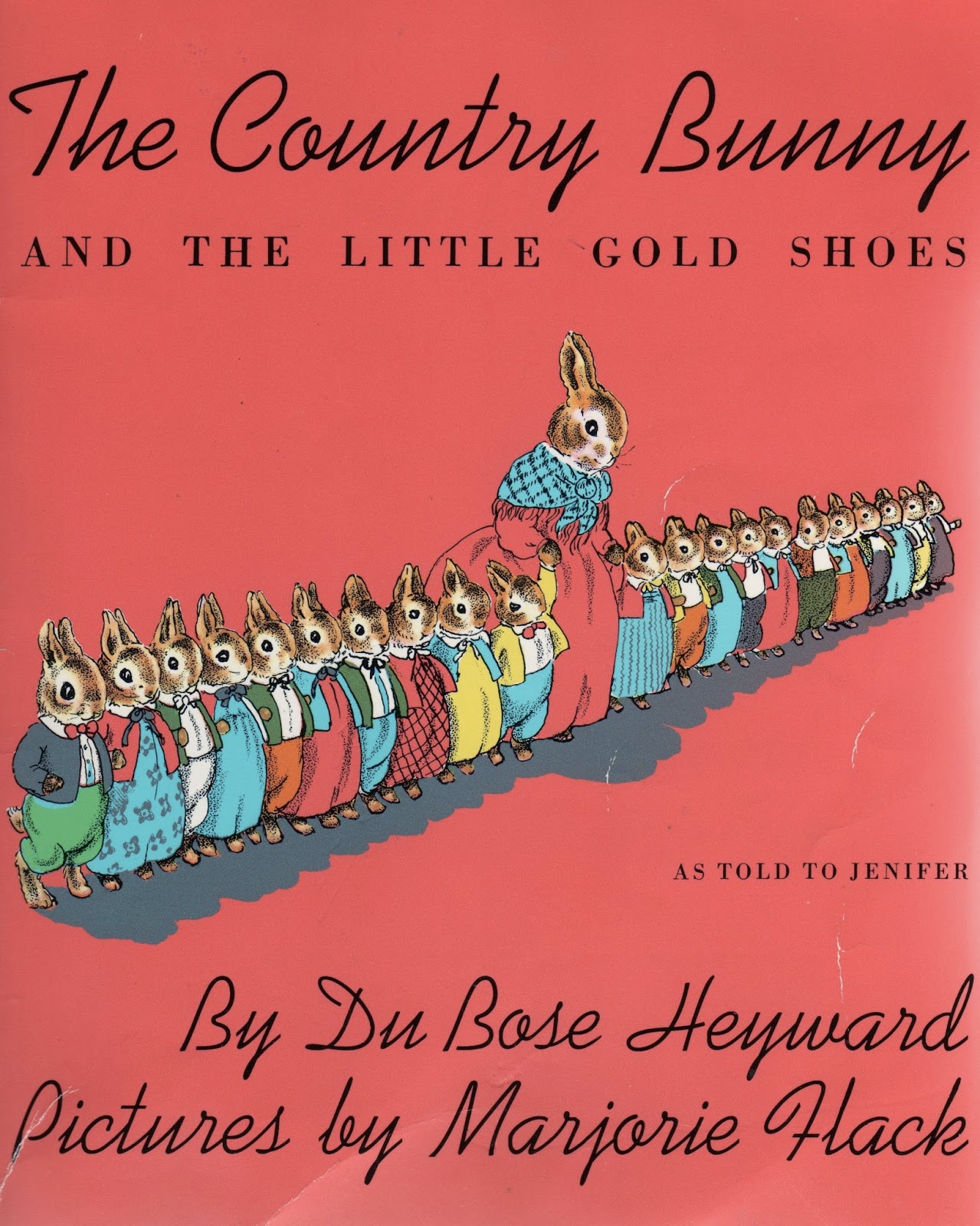 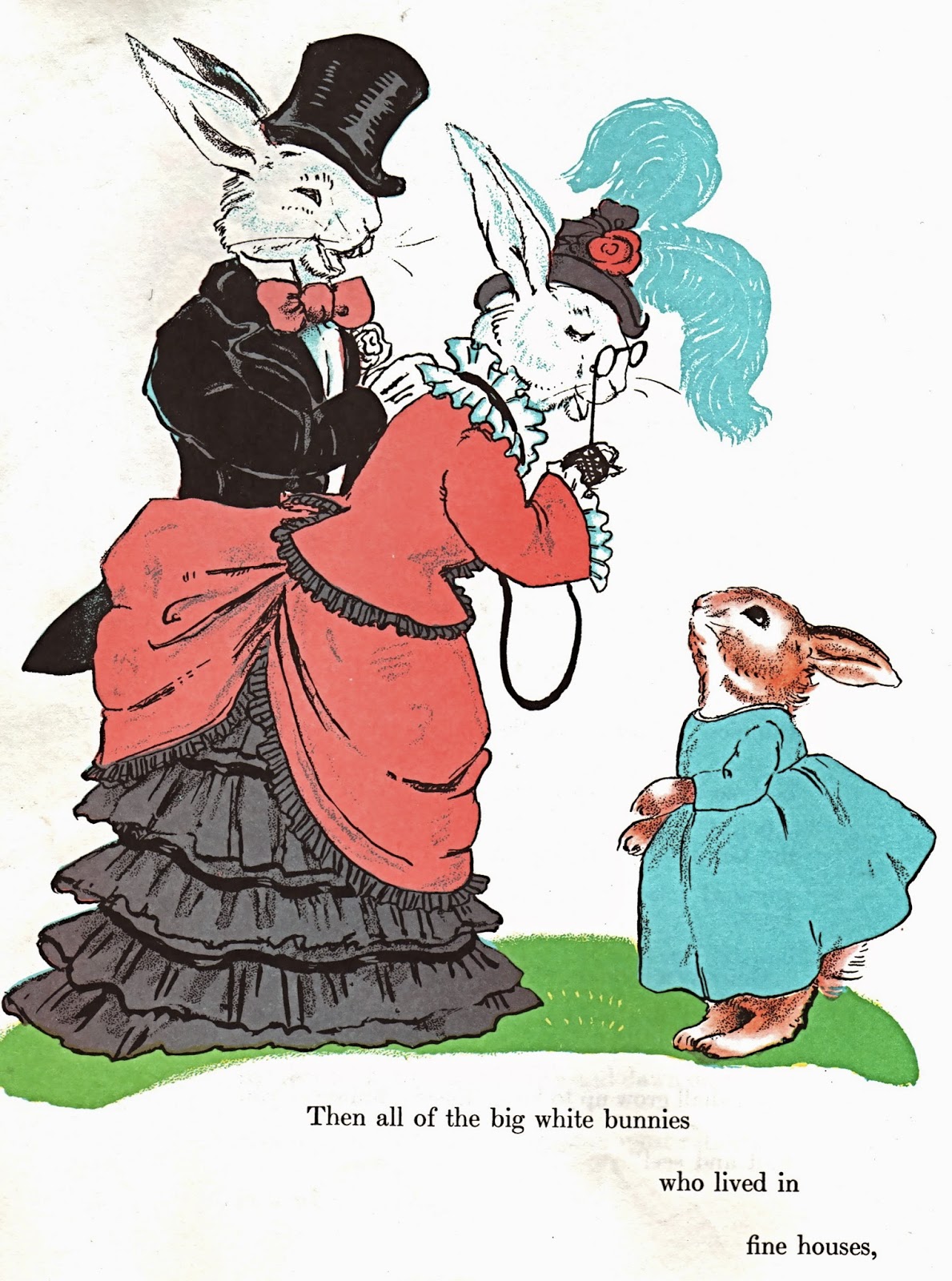 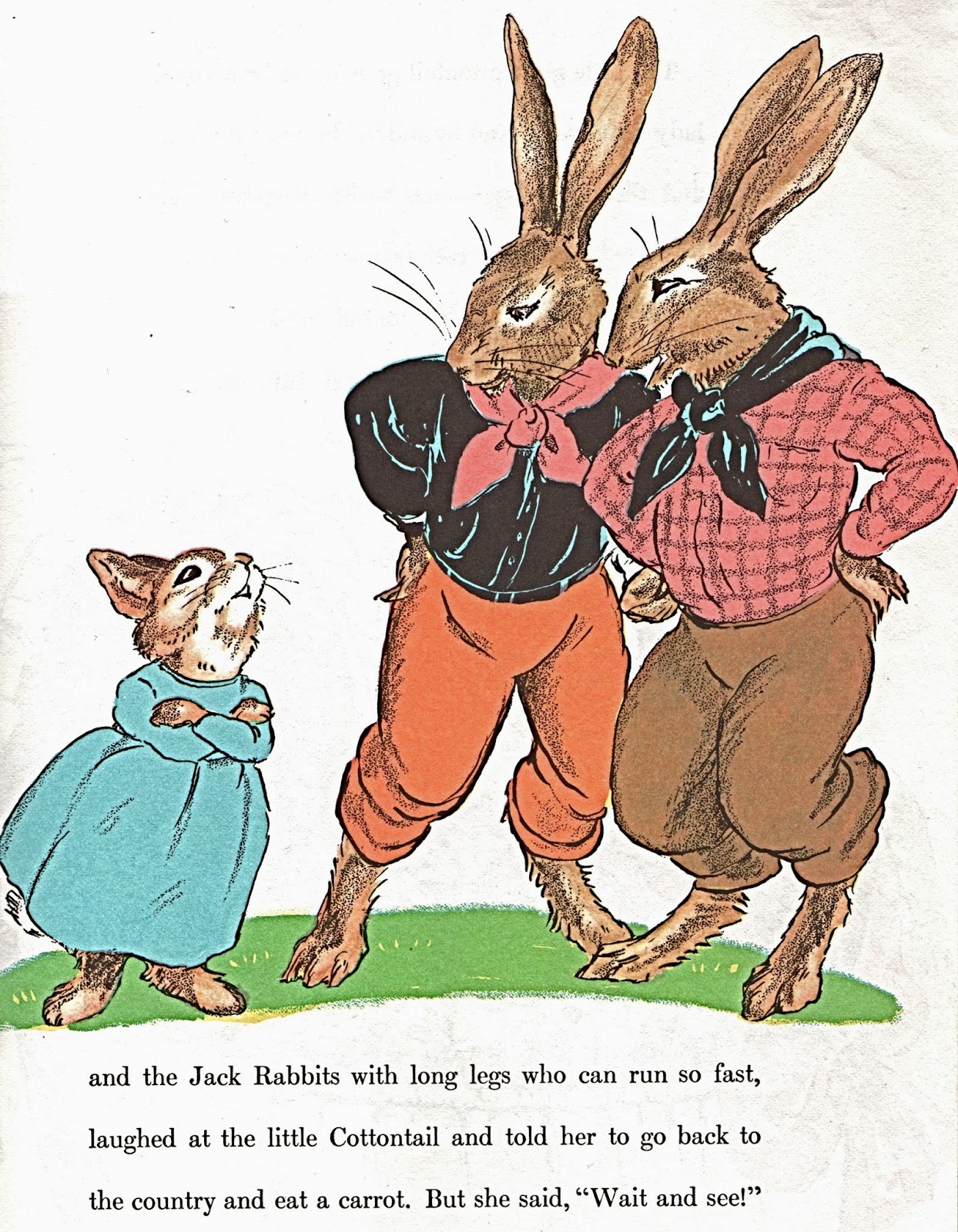 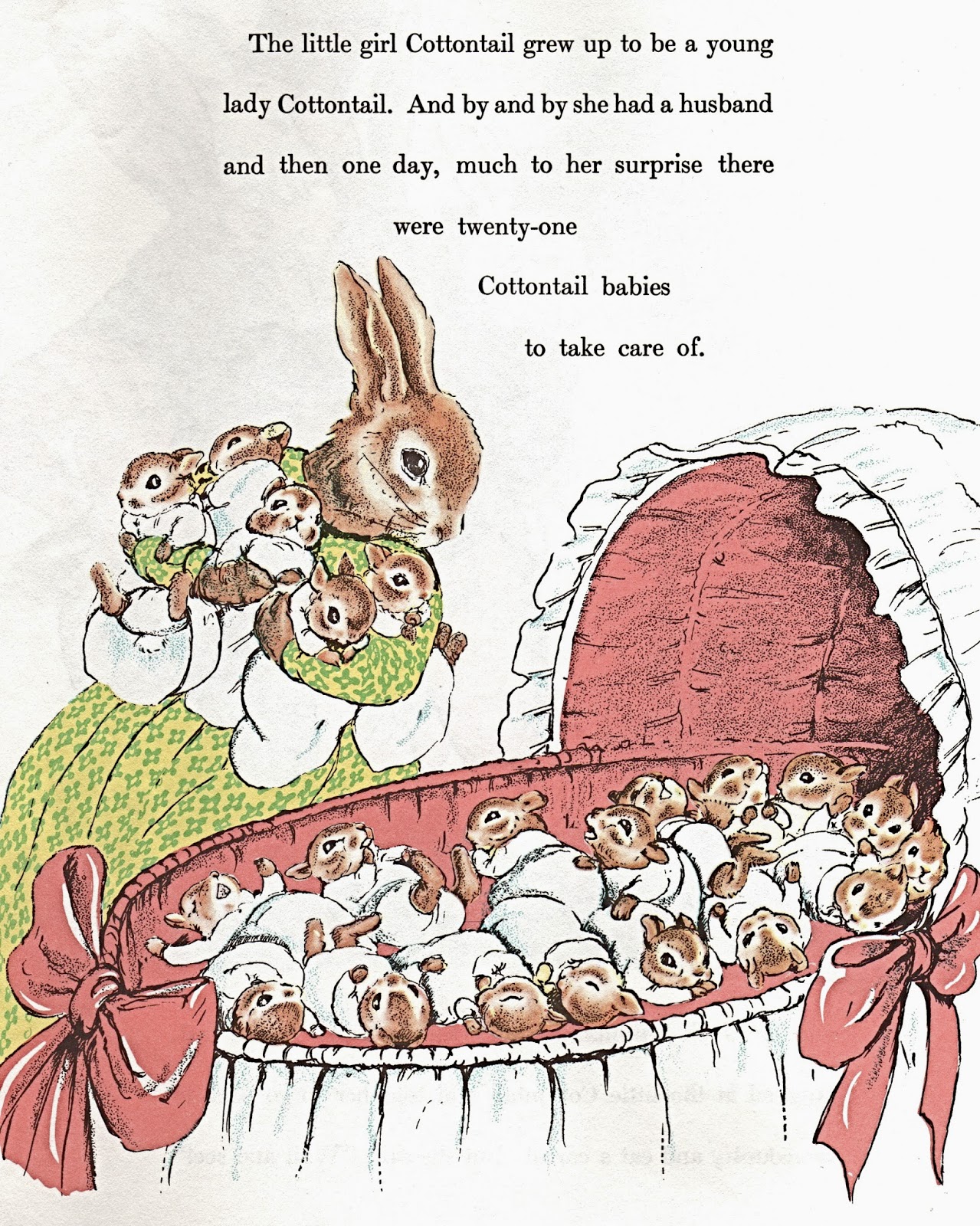 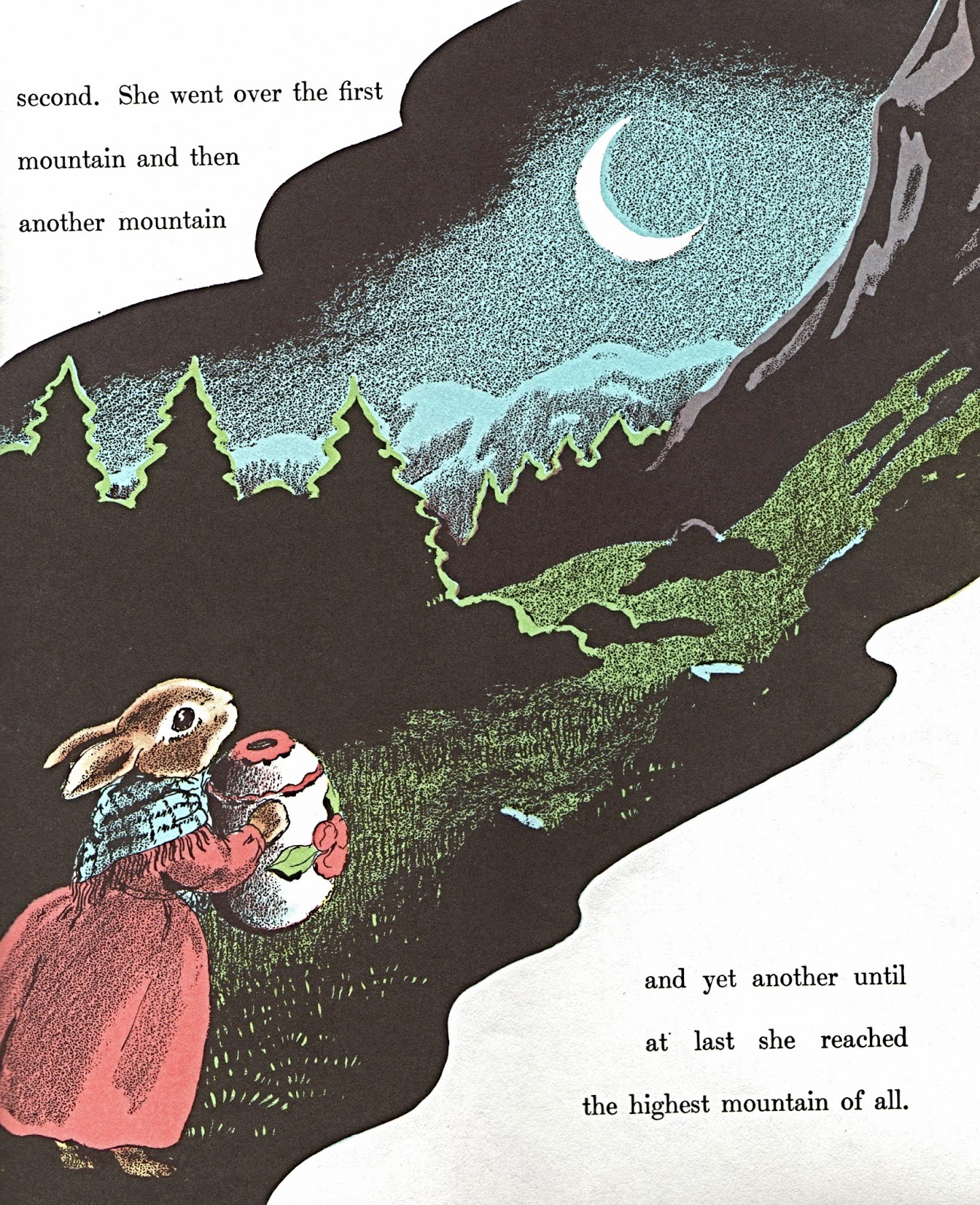 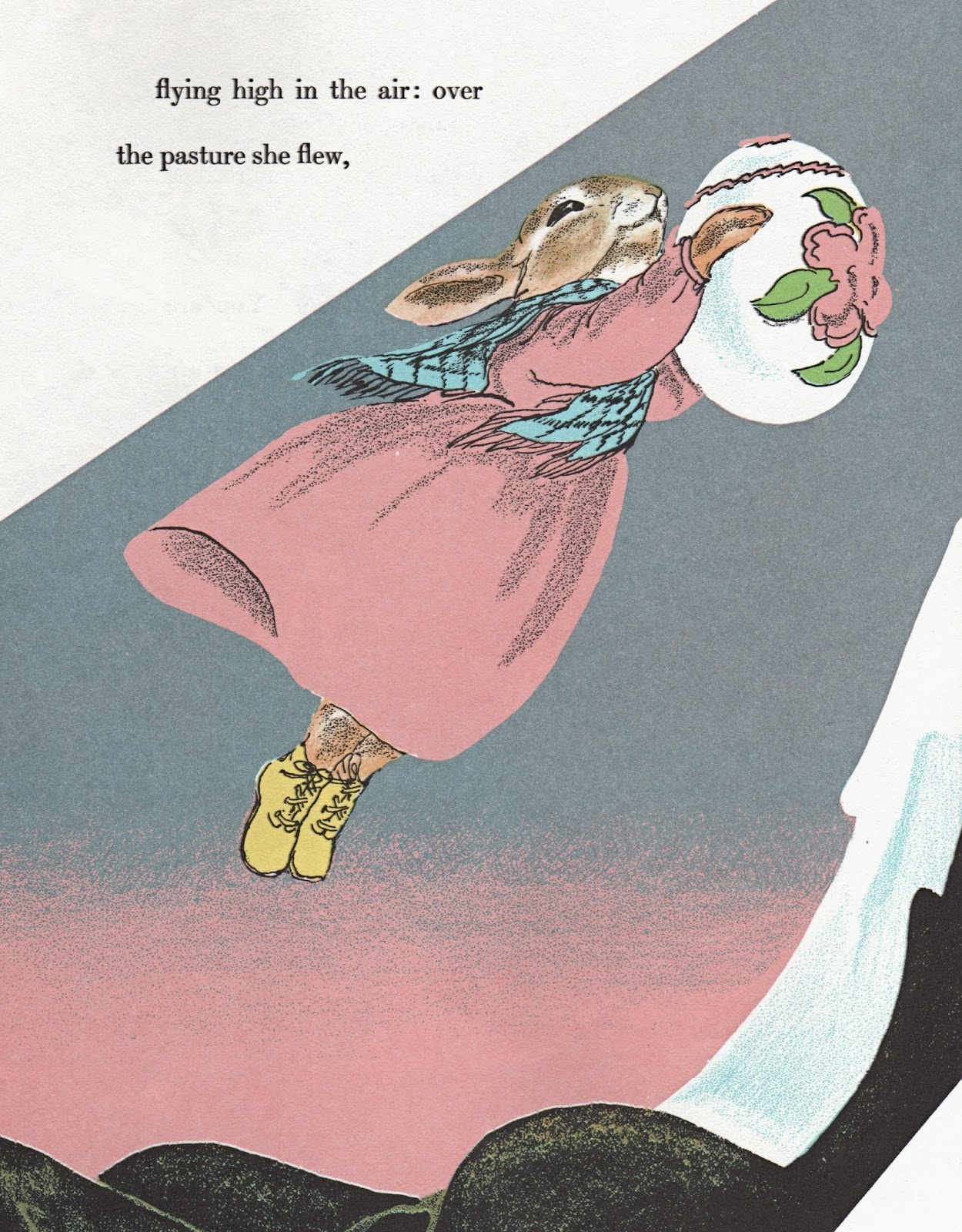 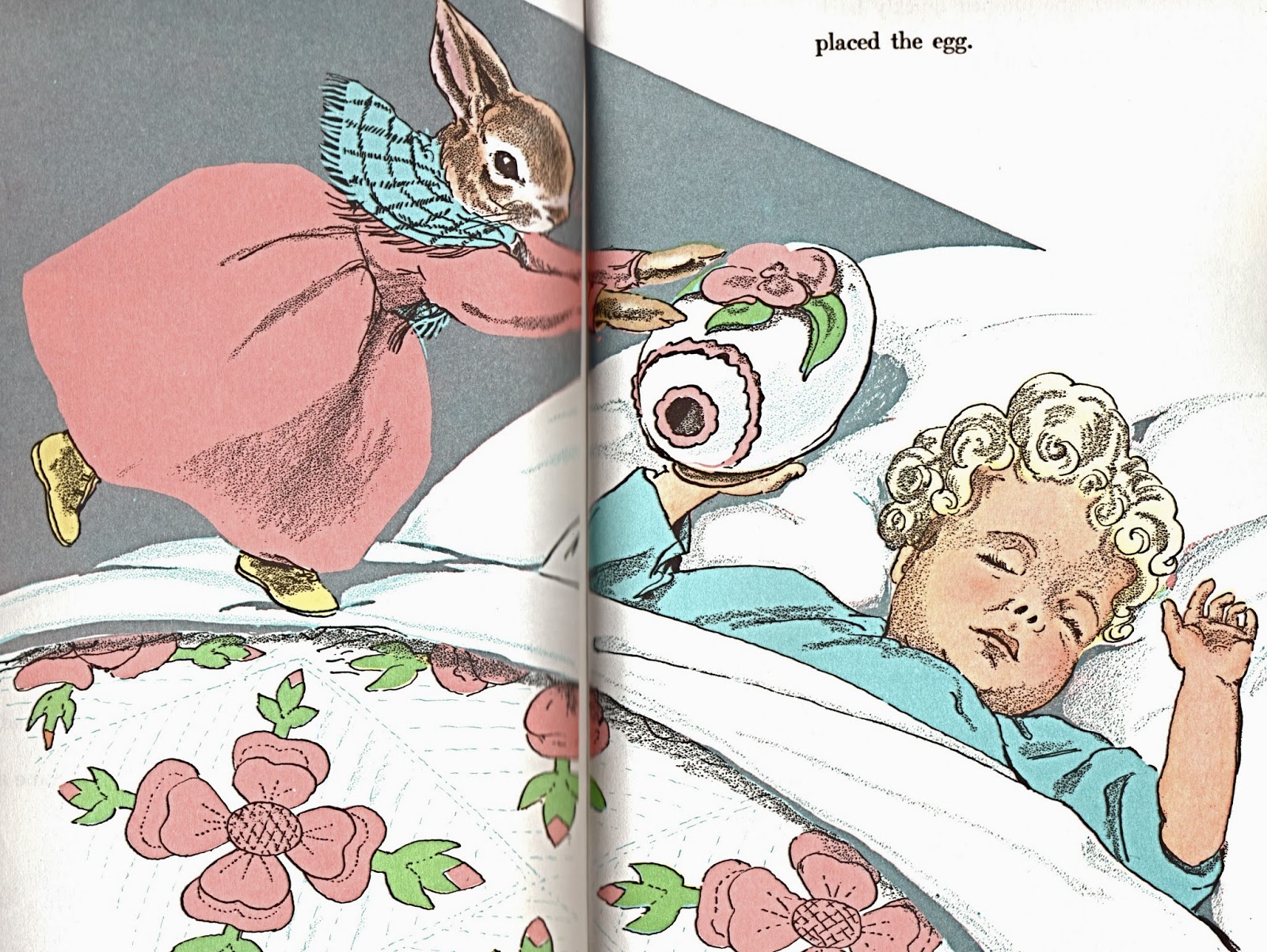 See more about this book at Vintage Kid's Books My Kid Loves
Posted by Lindsay at 1:21 PM No comments:

Here are some mediocre scans of a strange and beautiful book I found in Draper, Utah over Christmas. I had saved a picture from this book that I had seen on a blog a few years ago, but had no idea where it was from. Such a nice surprise to flip to that page and see it again. 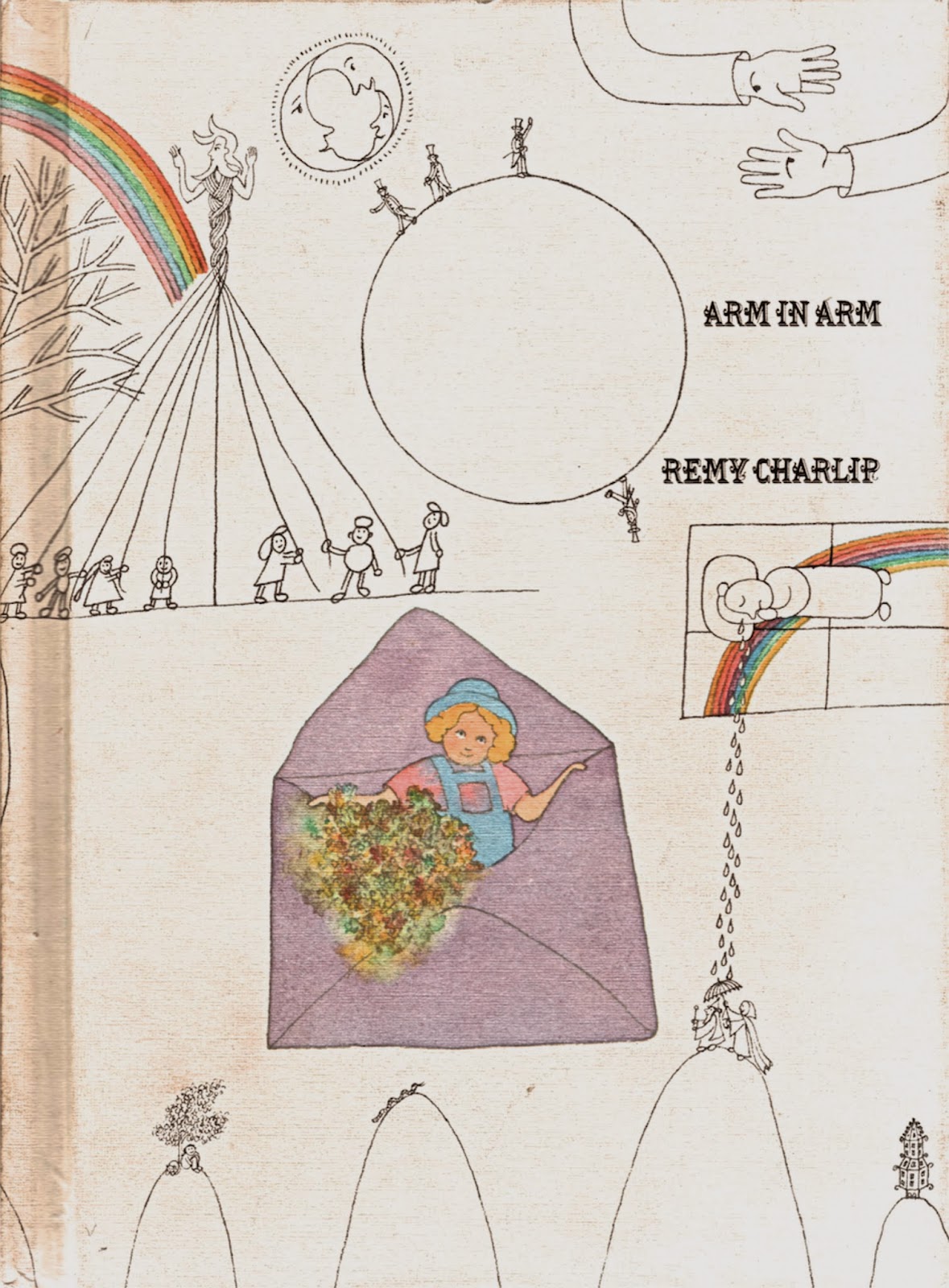 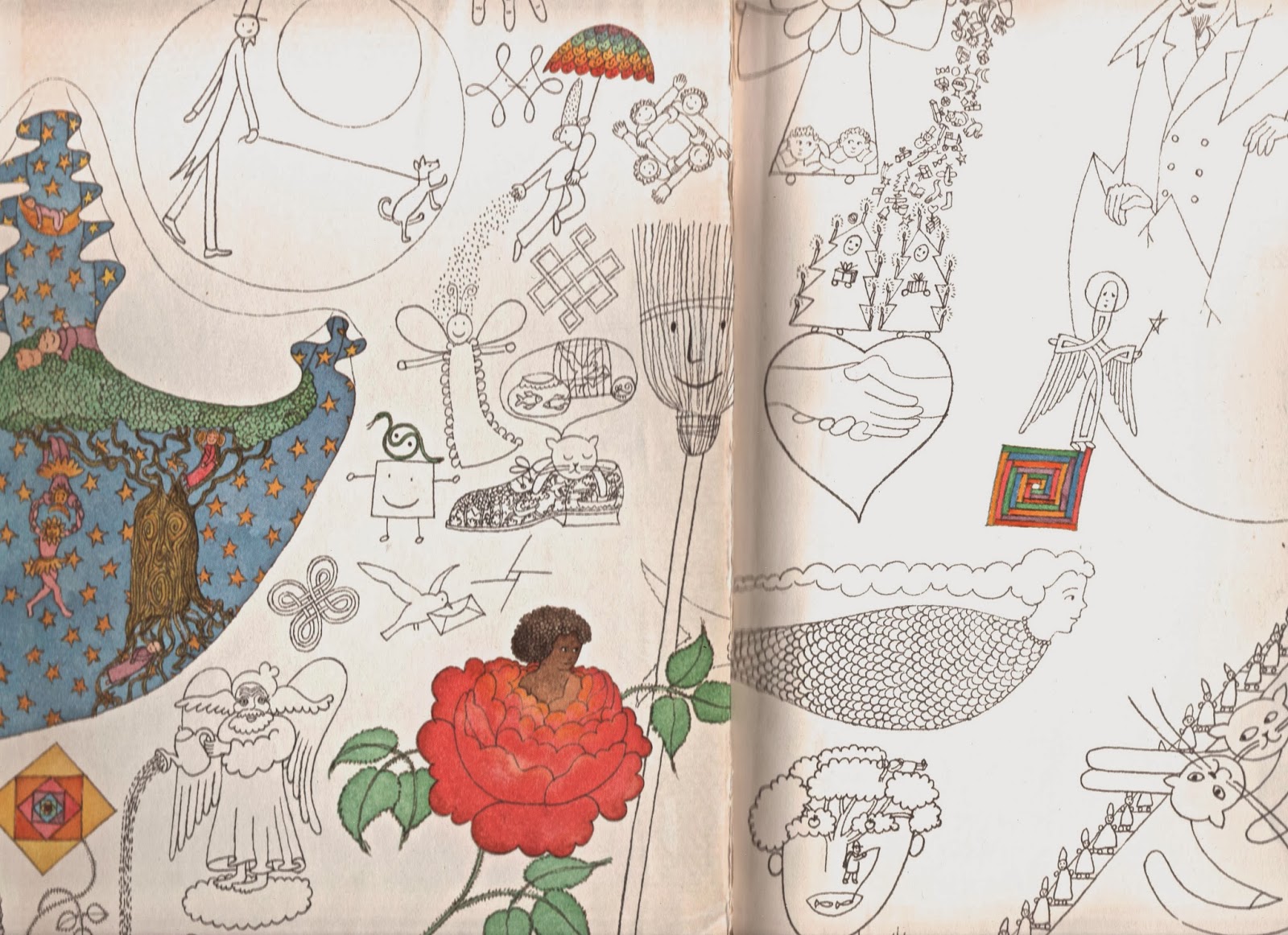 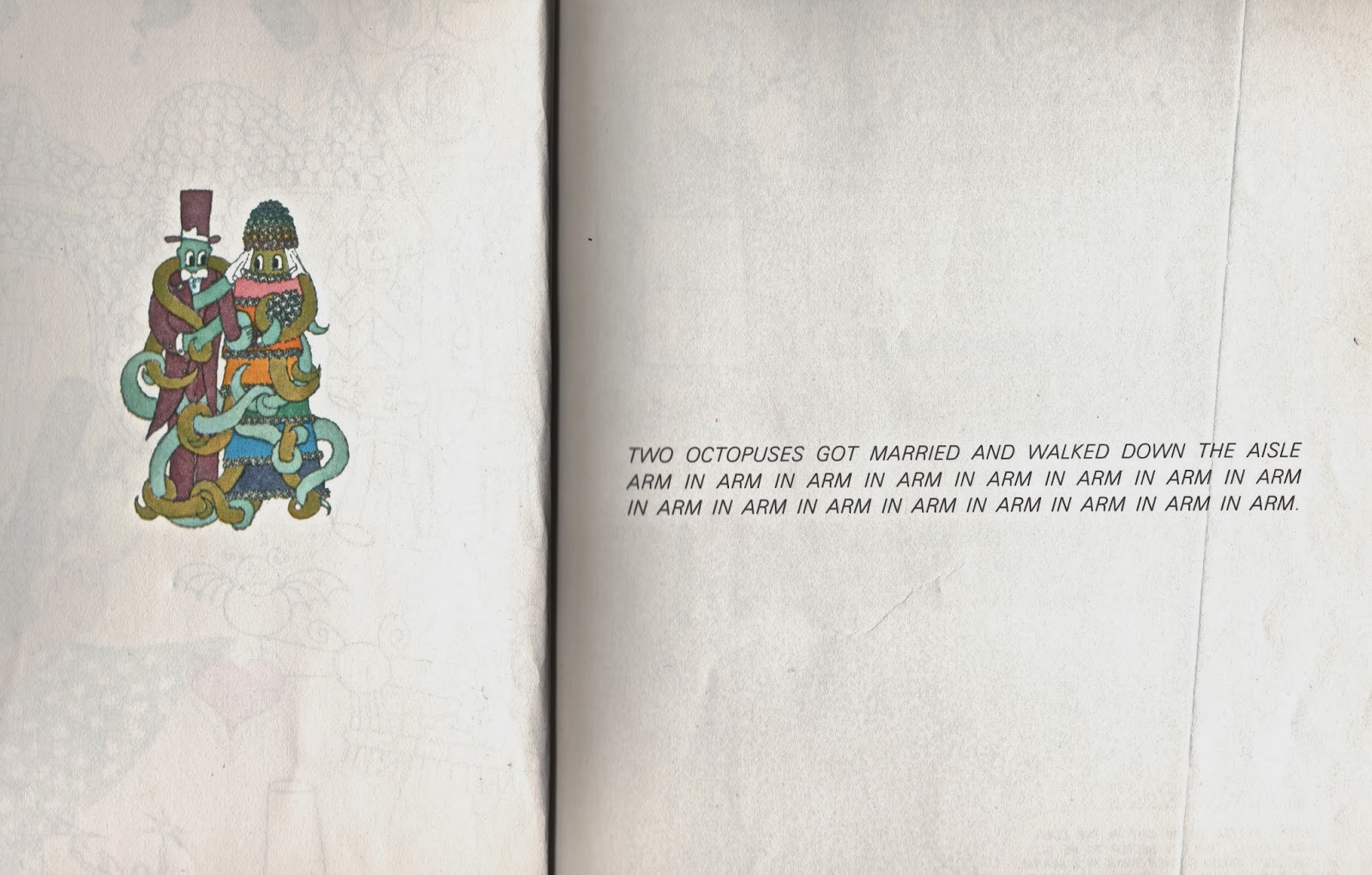 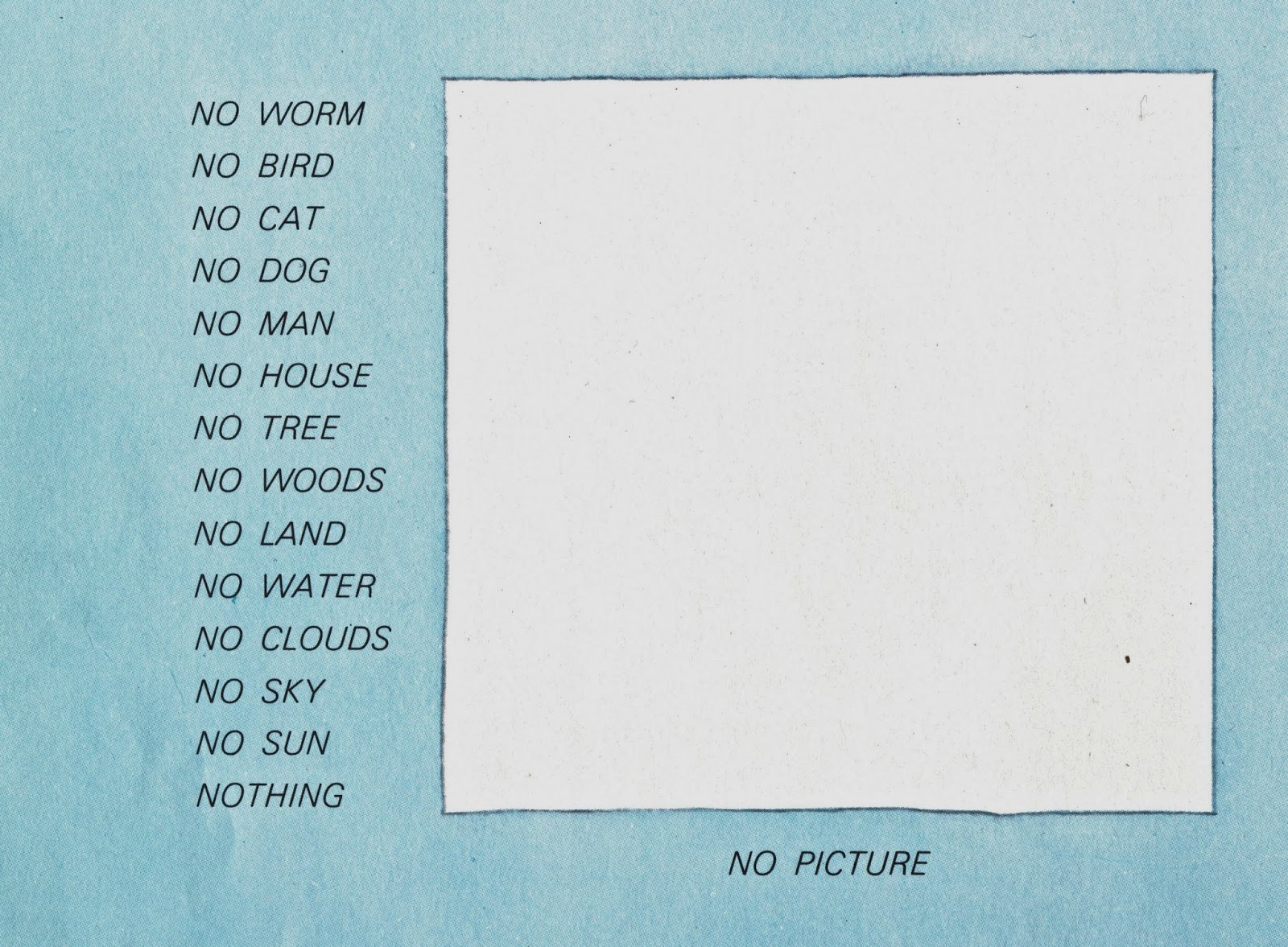 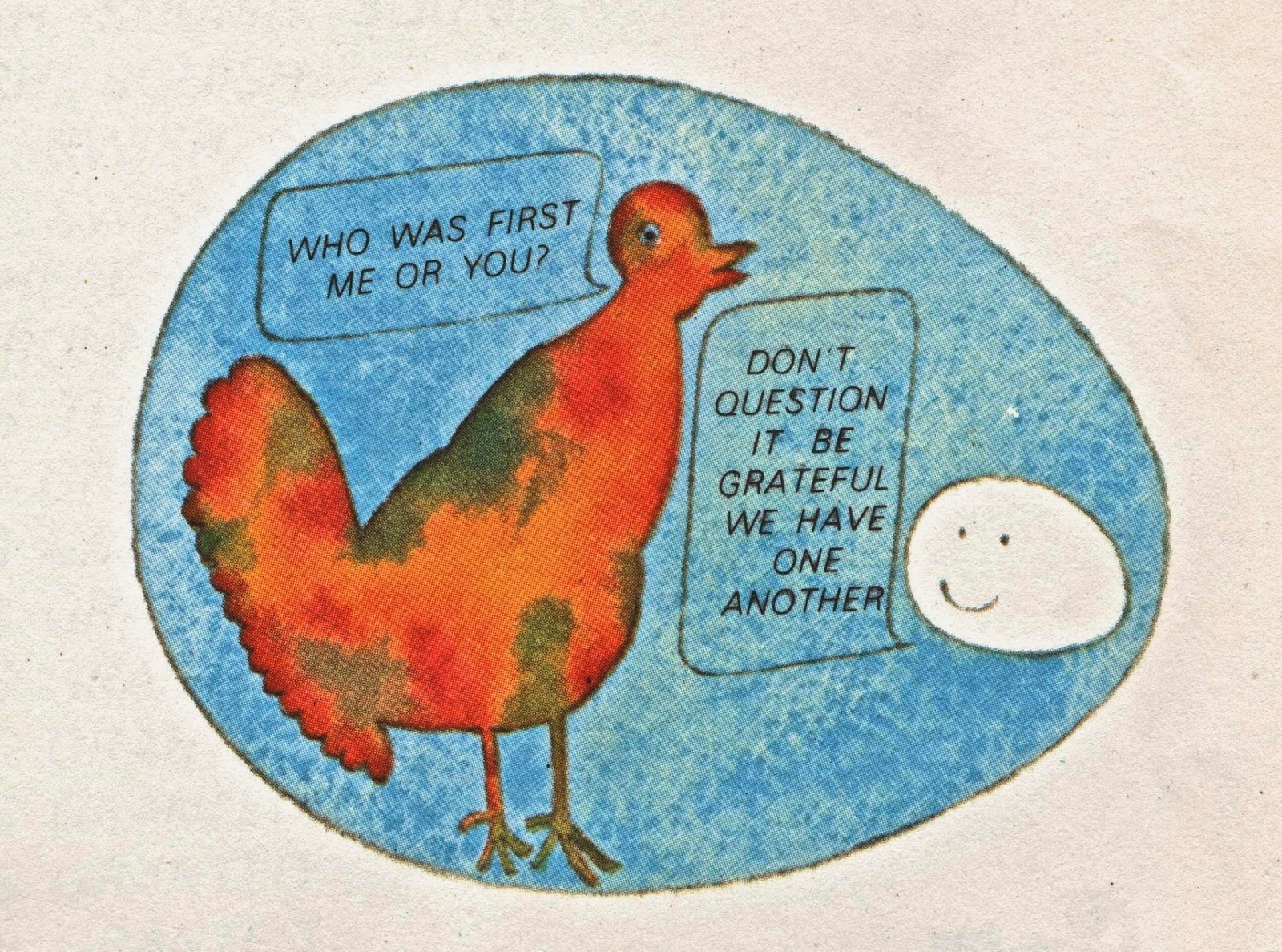 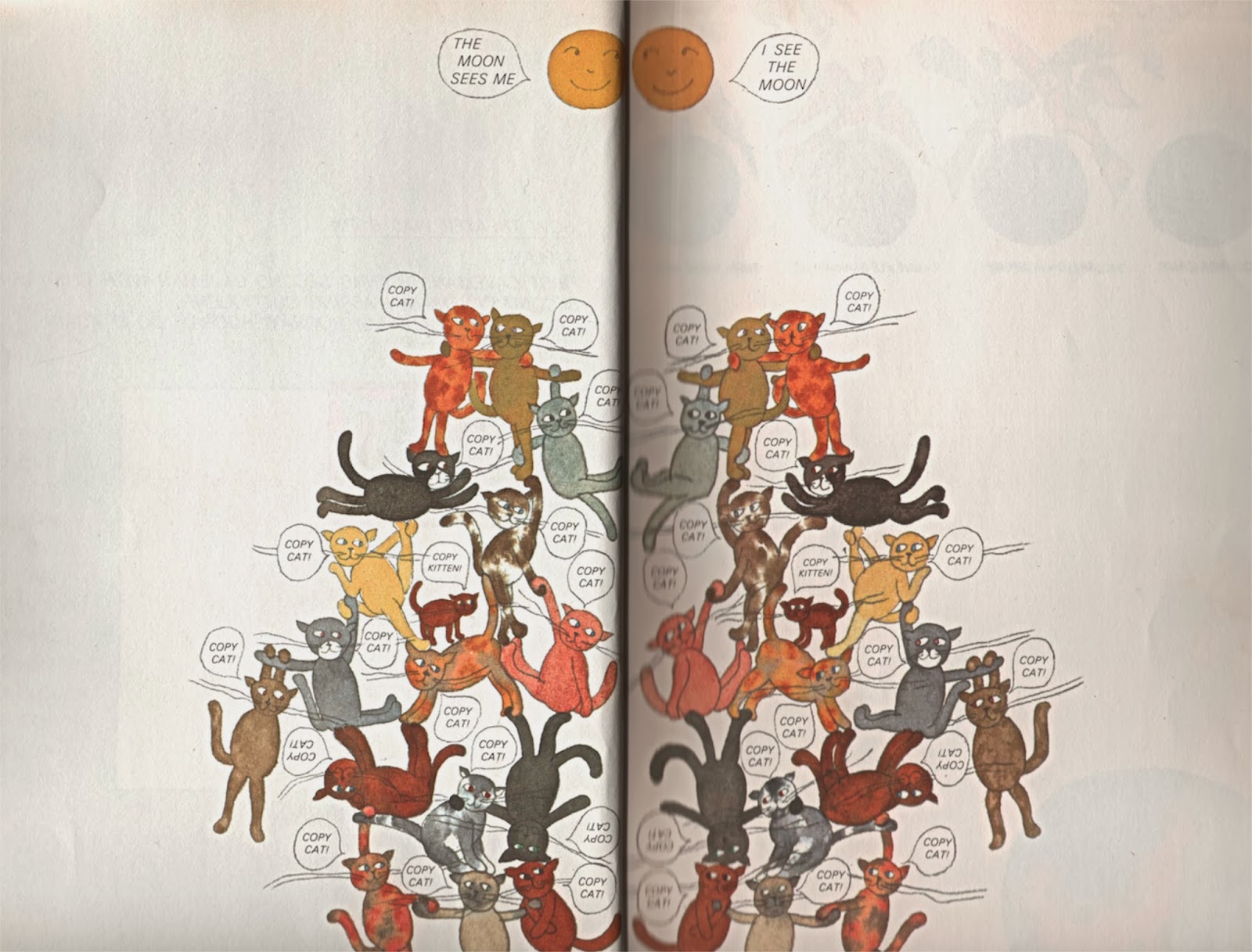 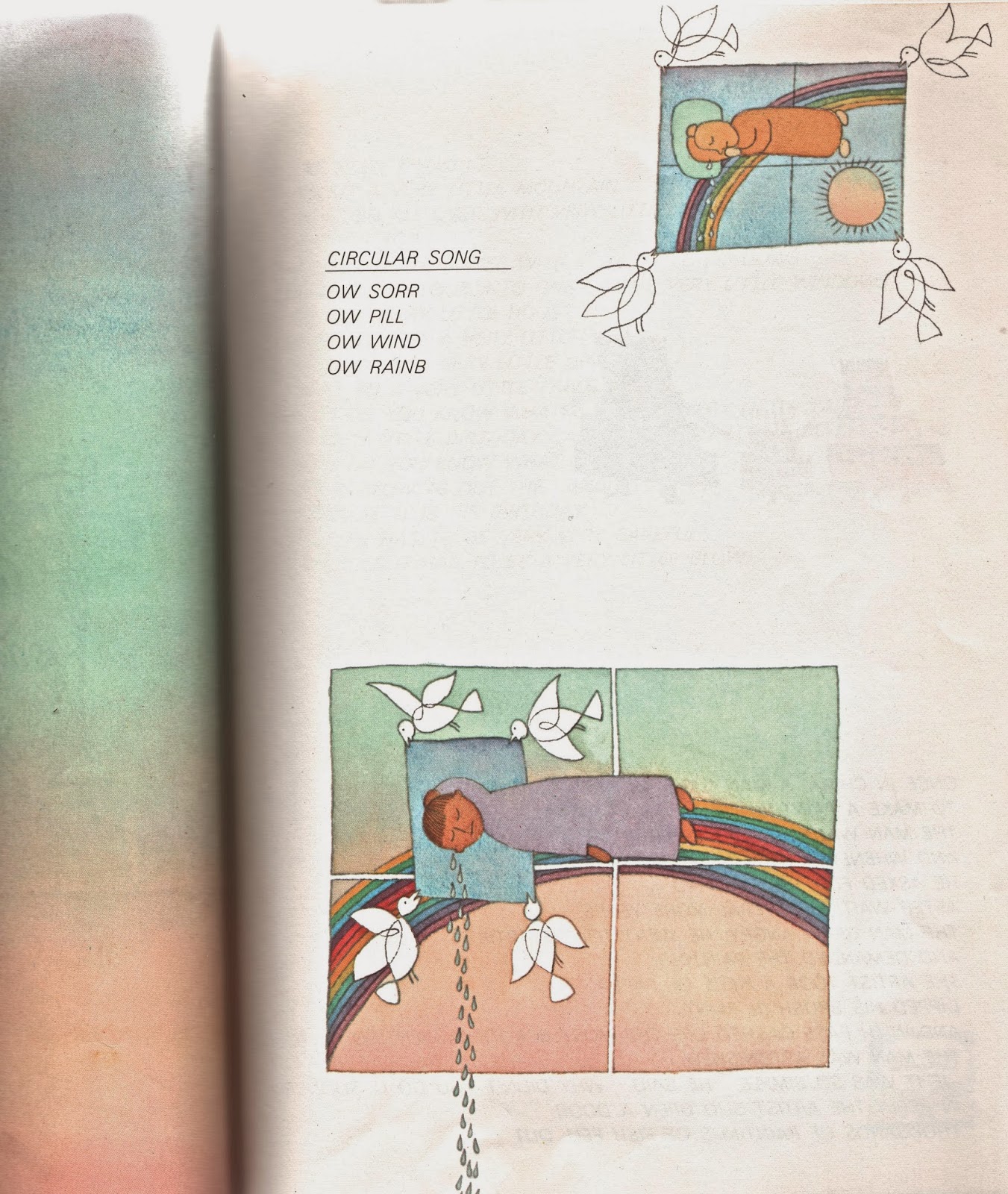 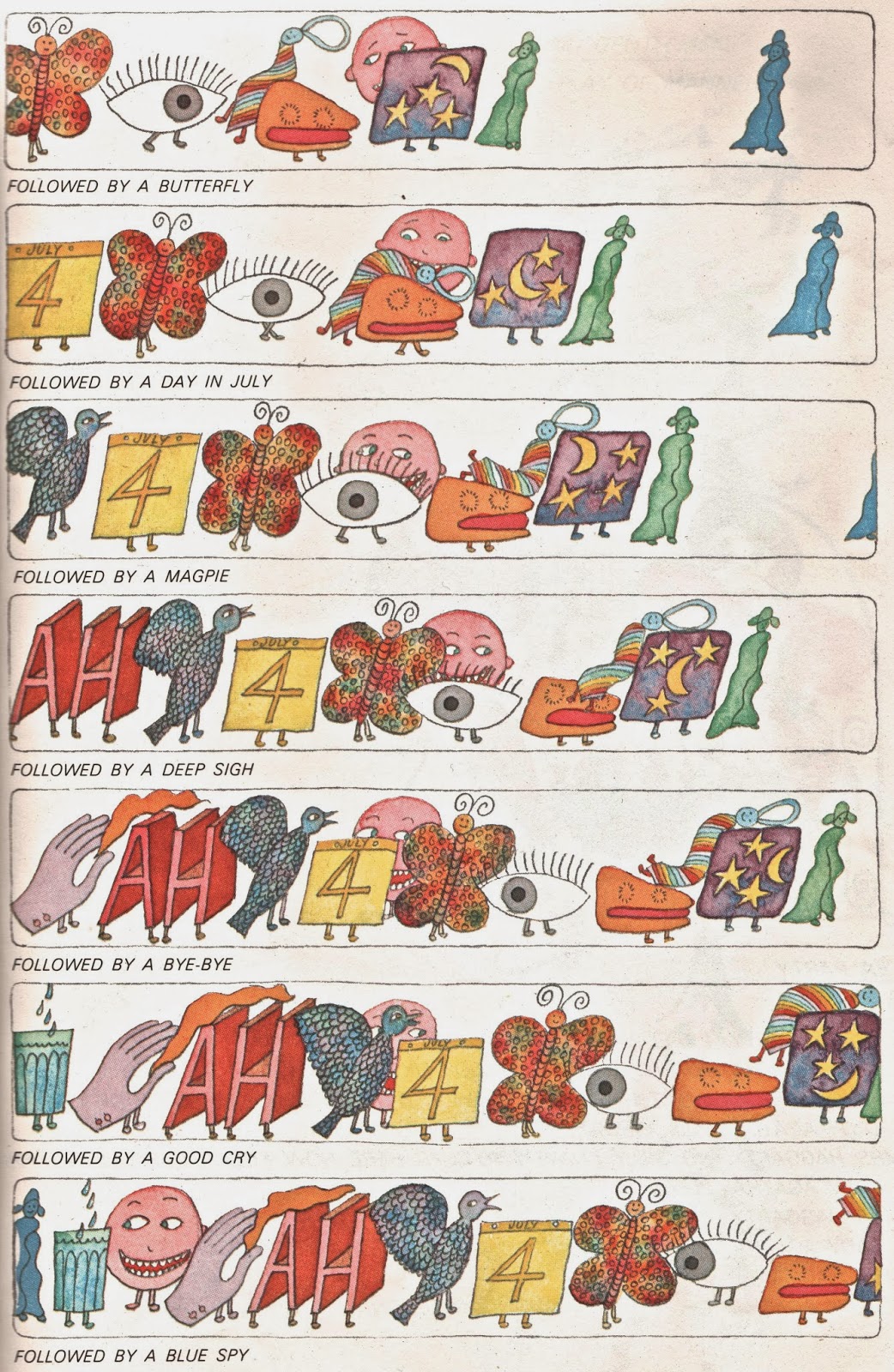 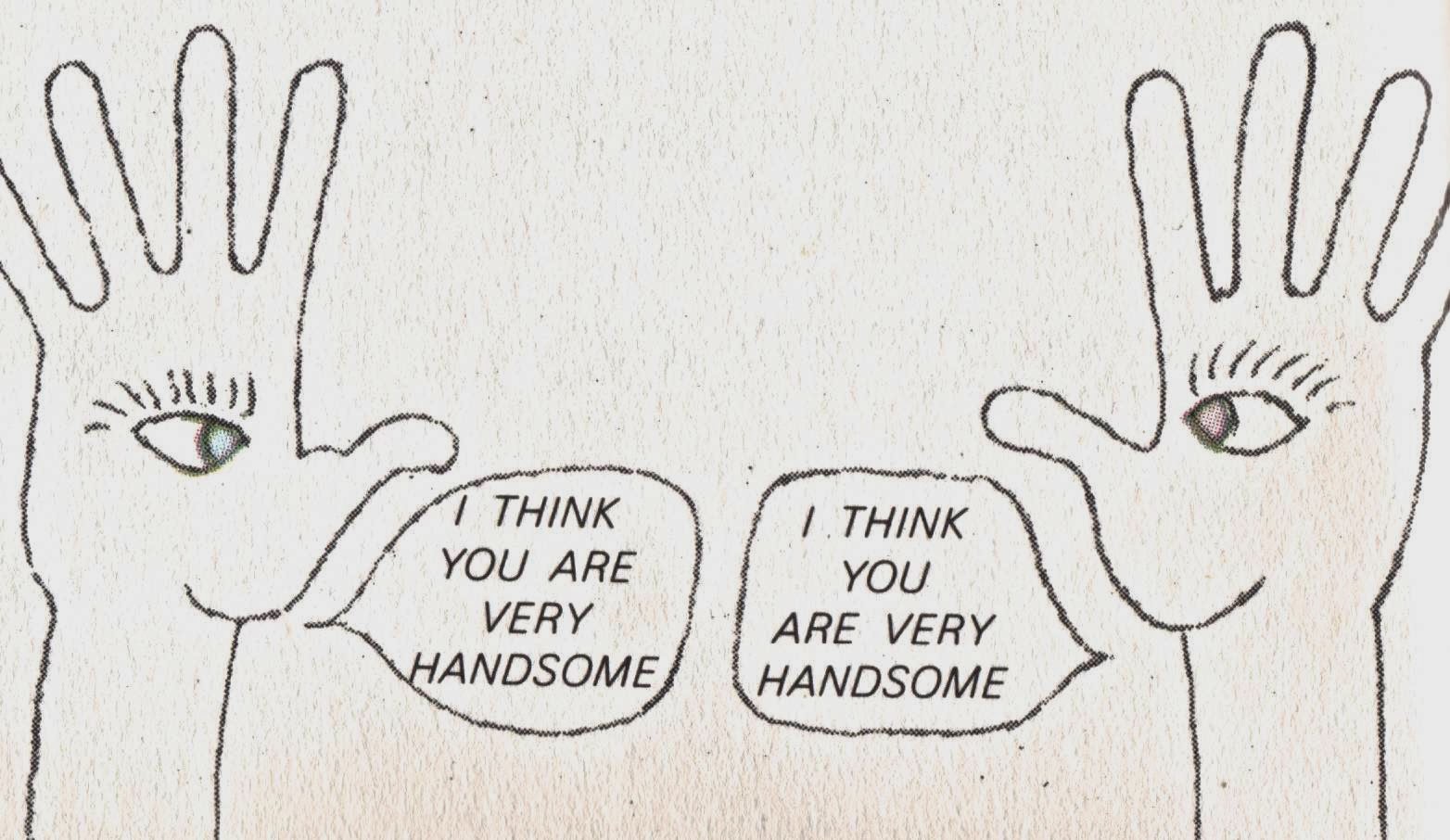 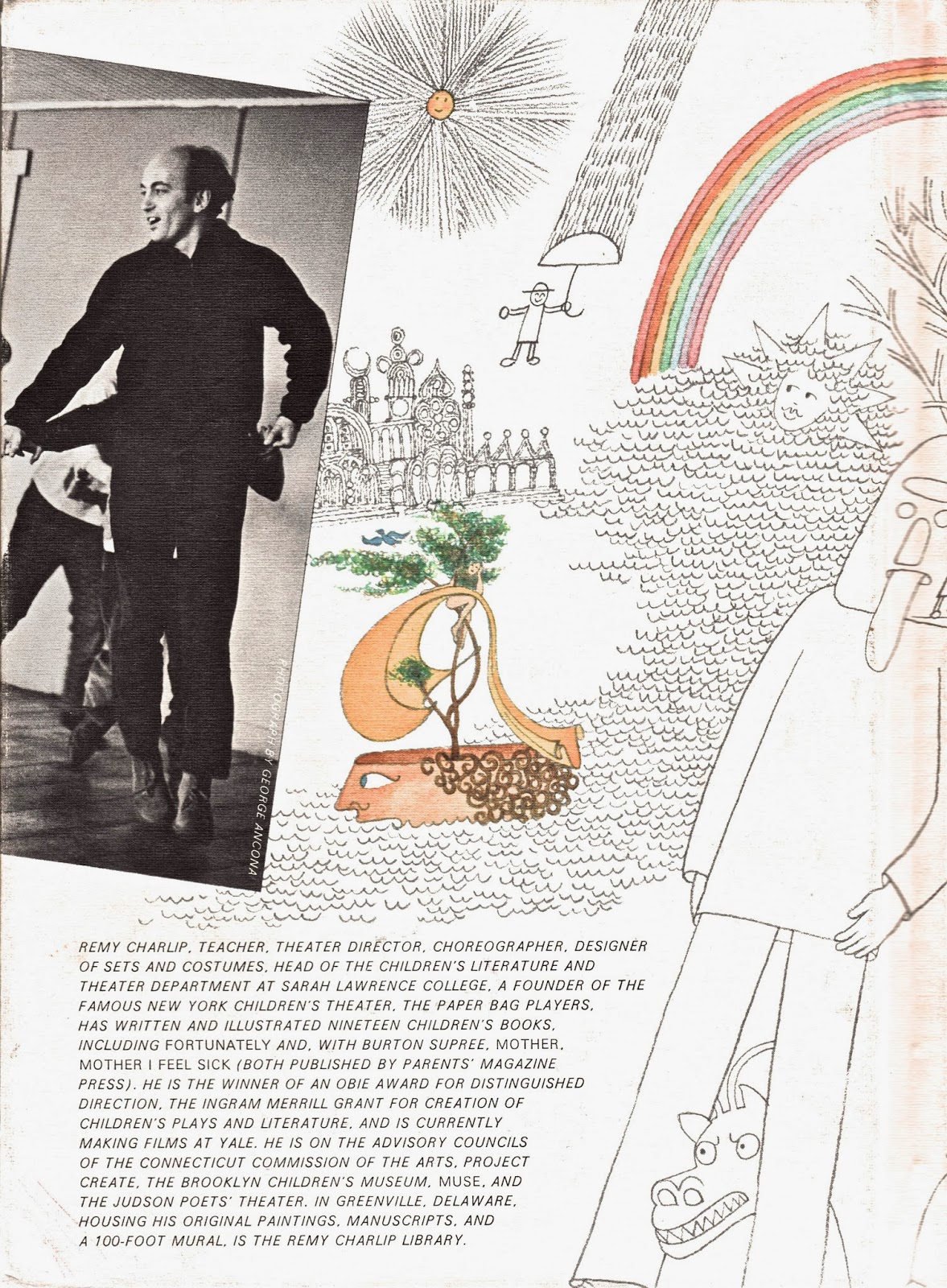 I saw a little brown mouse jump out from behind our piano the other day. If it had been wearing a dress like this, I wouldn't have minded.

P.S. I started a Filly and Foal tumblr

Filly and Foal is now available at the Arts Market, 1114 Queen Street East in Leslieville :) 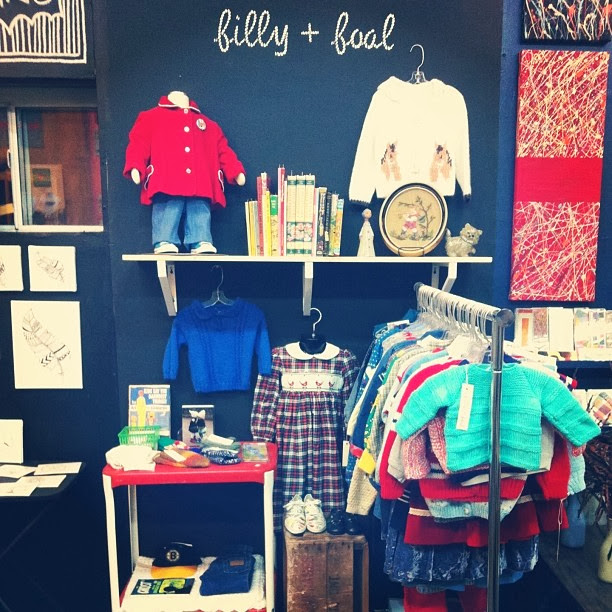 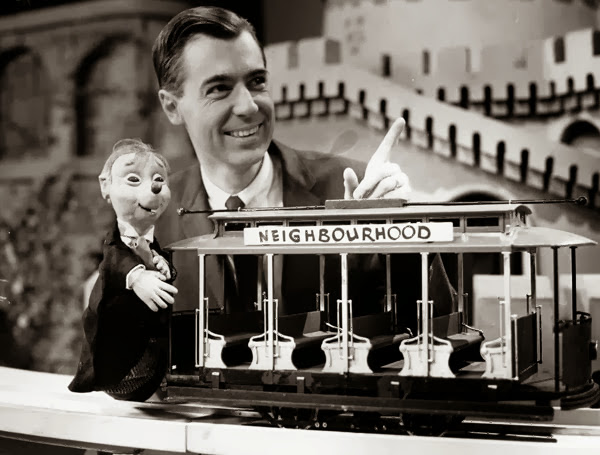 From Ned Hardy via Bunch:
"1. He basically saved public television. In 1969 the government wanted to cut public television funds. Mister Rogers then went to Washington where he gave an amazing merely six minute speech. By the end of the speech not only did he charm the hostile Senators, he got them to double the budget they would have initially cut down. The whole thing can be found on youtube, a video called “Mister Rogers defending PBS to the US Senate.”
2. “Certain fundamentalist preachers hated him because, apparently not getting the “kindest man who ever lived” memo, they would ask him to denounce homosexuals. Mr. Rogers’s response? He’d pat the target on the shoulder and say, “God loves you just as you are.” Rogers even belonged to a “More Light” congregation in Pittsburgh, a part of the Presbyterian Church dedicated to welcoming LGBT persons to full participation in the church.”
3. According to a TV Guide piece on him, Fred Rogers drove a plain old Impala for years. One day, however, the car was stolen from the street near the TV station. When Rogers filed a police report, the story was picked up by every newspaper, radio and media outlet around town. Amazingly, within 48 hours the car was left in the exact spot where it was taken from, with an apology on the dashboard. It read, “If we’d known it was yours, we never would have taken it.”
4. Once, on a fancy trip up to a PBS exec’s house, he heard the limo driver was going to wait outside for 2 hours, so he insisted the driver come in and join them (which flustered the host). On the way back, Rogers sat up front, and when he learned that they were passing the driver’s home on the way, he asked if they could stop in to meet his family. According to the driver, it was one of the best nights of his life—the house supposedly lit up when Rogers arrived, and he played jazz piano and bantered with them late into the night. Further, like with the reporters, Rogers sent him notes and kept in touch with the driver for the rest of his life.
5. Most people have heard of Koko, the Stanford-educated gorilla who could speak about 1000 words in American Sign Language, and understand about 2000 in English. What most people don’t know, however, is that Koko was an avid Mister Rogers’ Neighborhood fan. As Esquire reported, when Fred Rogers took a trip out to meet Koko for his show, not only did she immediately wrap her arms around him and embrace him, she did what she’d always seen him do onscreen: she proceeded to take his shoes off!
6. Once while rushing to a New York meeting, there were no cabs available, so Rogers and one of his colleagues hopped on the subway. Esquire reported that the car was filled with people, and they assumed they wouldn’t be noticed. But when the crowd spotted Rogers, they all simultaneously burst into song, chanting "It’s a beautiful day in the neighborhood." The result made Rogers smile wide." 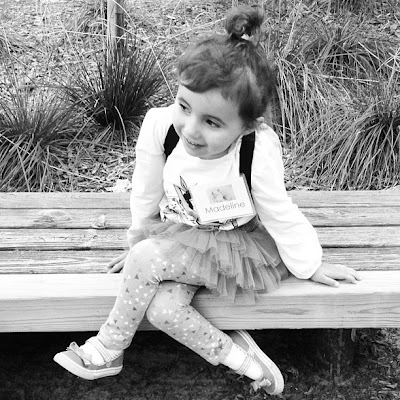 Some real button magic was made at the Leslieville Flea last Sunday. Thanks to everyone that made it out, it was a gas! :) 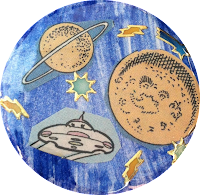 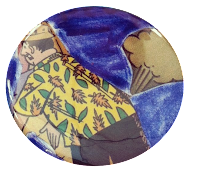 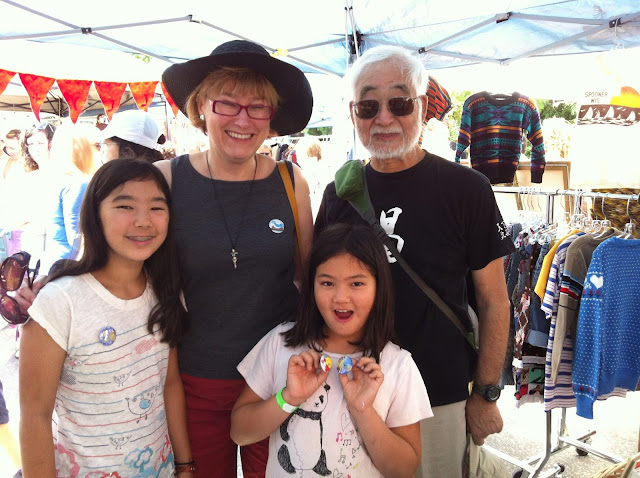